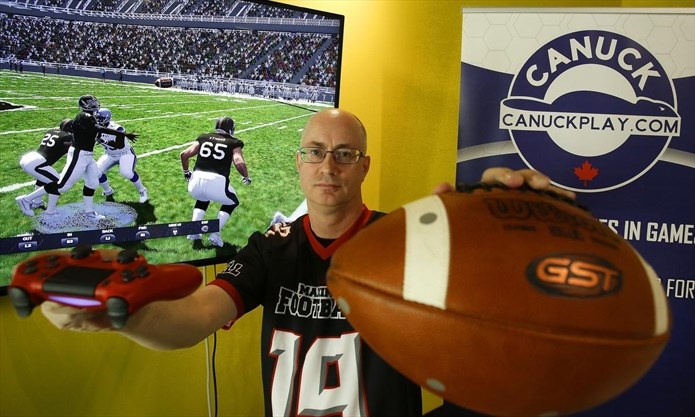 David Winter, founder and president of Canuck Play, talks to reporters about his company’s third title that celebrates Canadian football on PS4 and Xbox One, called Doug Flutie’s Maximum Football 2019 on Friday September 27, 2019 at a press conference at Venture North building in Peterborough, Ont. Winters is a client of the Innovation Cluster. – Clifford Skarstedt , Examiner

“It is an incredible milestone for Canuck Play to have achieved their third certification for Xbox One and second for Playstation 4 with the release of Maximum Football 2019,” stated John Gillis, president and CEO of the Innovation Cluster. “David has worked tirelessly to bring this third installment to life, that has disrupted the sports genre of the gaming industry.”

Winter said he will continue to add updates to the game as needed.

“We have always wanted our players to have a voice in what they’d like to experience in the games we create,” Winter stated. “We are proud that this game has brought the most detail yet when it comes to characterization.”

Doug Flutie’s Maximum Football 2019 can be purchased from the Xbox One and PS4 online stores.